Annals of Self-Experiment – Seth Roberts is His Own Mouse

I’m becoming a devoted fan of Seth Roberts, one of the great champion of self-experimentation. Roberts, an emeritus professor of psychology at UC Berkeley, has spent many year studying himself, and, even better, offering many practical clues about how to construct your own “experiments of one.” I first found out about his work in the most obvious way: searching on “self-experimentation” in Google. 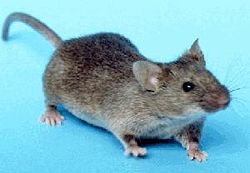 This lead me to Roberts paper: “Self-experimentation as a source of new ideas: Ten examples about sleep, mood, health, and weight.” The problems he describes are so common, and his solutions so counter-intuitive, that you can’t help being intrigued. One of the great things about reading Roberts is getting a feeling for how different self-experimentation is from other forms of self-knowledge. While Roberts often begins his experiments with a hypothesis, using his stock of common knowledge, suggestions from friends, and categories of analysis typical of a well-trained college professor, this first idea is usually proven, through experiment, to be wrong. Not superficial, or too narrow, or distorted by delusion or prejudice; simply incorrect, provably irrelevant. So then Roberts has to come up with new ideas. The data, expressed as charts, no longer merely test his hypotheses; the data becomes the source of his theories. And the theories bear the mark have having emerged from data. Often, they seem very, very odd. They seem to have no link to received wisdom, to folk knowledge, to intuitive “rightness.” To me, they seem like the kinds of theories a computer might have about a person. (A confession: this biases me in their favor.)

Does standing up a lot during the day reduce susceptibility to colds? Go ahead and doubt it; I did. But Roberts has data to back it up, and while it would be foolish to believe that standing up a lot  during the day would eliminate colds across an entire population – foolish, that is, without experiments to prove it – Roberts’ own practice of standing up a lot has a lot more empirical back-up than many of the more “sensible” things we naively believe.

Here’s anther one: for a long time Roberts had a problem with his sleep. He woke too early, could not go back to sleep, and then was tired in the morning. He tried different ways to cure this problem until, through a combination of coincidence, experiment and analysis of the data, he discovered an expected correlation: his problem disappeared when he skipped breakfast. He cured his early awakening by not eating until 11 a.m.

The idea that skipping breakfast may reduce early awakening was, wrote Roberts, “a new idea in sleep research.” Strangely, Roberts was not hungry in the wee hours when he was troubled by early awakening, which lead him to suspect that it was not discomfort that roused him, but rather some glitch in his sleep cycle caused by anticipation of food.
In his paper, Roberts cites a number of studies showing that:

Food-anticipatory activity is a well-established effect in animals (Bolles & Stokes 1965; Boulos & Terman 1980). Mammals, birds, and fish become more active a few hours before feeding time (Boulos & Terman); as far as I know, no effect present in mammals, birds, and fish has ever been absent in humans. Because activity requires wakefulness, food should produce anticipatory wakefulness as well.

Roberts’ theory came to mind recently because just last week, in the May 23, 2008 issue of Science, Patrick M. Fuller, Jun Lu, and Clifford B. Saper report on some experiments that precisely locate an important mechanism that links food with circadian rhythms in mice. The idea that circadian rhythms in mice are influenced by food availability is not new, but, through an elegant experiment, the authors show that there is a food-entrainable clock in the dorsomedial nucleus of the hypothalamus (DMH), and that this clock can override the light-sensitive circadian clock in the suprachiasmatic nuclei (SCN).

Our data indicate that there is an inducible clock in the DMH that can override the SCN and drive circadian rhythms when the animal is faced with limited food availability. Thus, under restricted feeding conditions, the DMH clock can assume an executive role in the temporal regulation of behavioral state. For a small mammal, finding food on a daily basis is a critical mission. Even a few days of starvation, a common threat in natural environments, may result in death. Hence, it is adaptive for animals to have a secondary “master clock” that can allow the animal to switch its behavioral pattern rapidly after a period of starvation to maximize the opportunity of finding food sources at the same time on following days.

How strongly this mechanism operates in humans – if at all – is unknown. But, thanks to Seth Roberts’ experiments, we have data on a human whose sleep problem was cured by an alteration in the schedule of food. One of the regular contributors to the forum Roberts runs on his Web site uses the tag line: “Proud member of Lab Rats United.”  This is a joke, but more than a joke. When we experiment on ourselves, we can fruitfully adapt the methods used by psychologists on mice; but that’s not so surprising, because we share a lot of their biology, too.

I’m becoming a devoted fan of Seth Roberts, one of the great champion of self-experimentation. Roberts, an emeritus professor of psychology at UC Berkeley, has spent many year studying himself, and, even better, offering many practical clues about how to construct your own “experiments of one.” I first found out about his work in the...