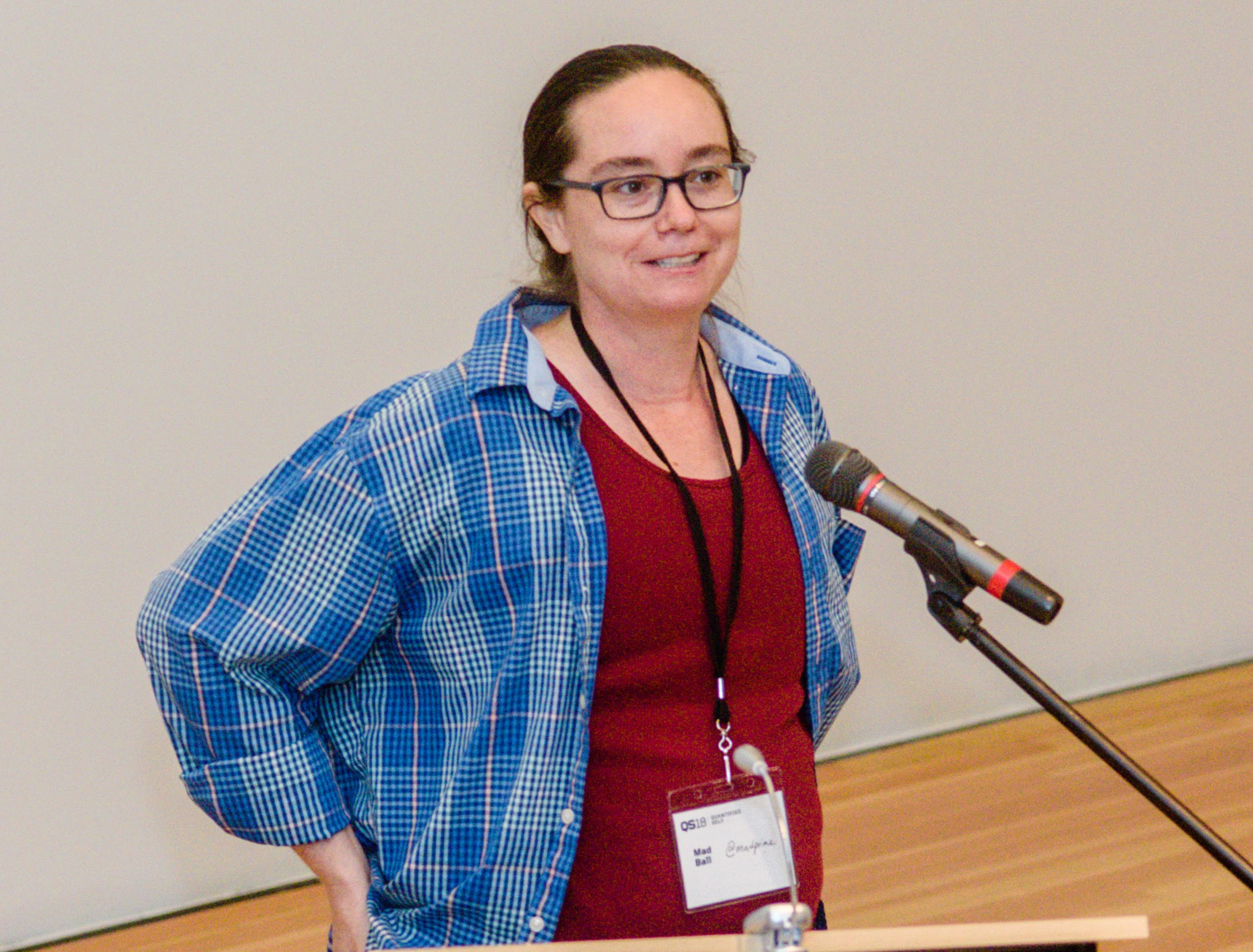 Quantified Self projects almost always focus on individual experiences, but the value of collective knowledge is obvious. For over a decade, participants in QS events have actively exchanged ideas, tools, methods, and practical advice. In thinking about how we can expand community support for personal science, I’ve increasingly called on the knowledge and experience of Mad Ball, the director of the nonprofit Open Humans Foundation. Open Humans has functioned as both a collaborator and funder of Quantified Self projects, and I’m a member of the Open Humans board of directors. In this short interview we give people a chance to know more about Mad’s background and vision for Open Humans.

You trained a scientist, but now what you do is not a traditional scientific career. What did you start out doing, and why did you change?

I earned a PhD in Biophysics with George Church at Harvard. I made  a discovery that had some value, but the reality was that if I hadn’t made it then somebody else would have within a year or two. It wasn’t insignificant but it wasn’t a game changer. There are some scientists who can push science in a direction that it wouldn’t have gone without their work. I could see that in my kind of science, with my background and training, I wasn’t likely to be that person. And yet that’s what I wanted, I wanted to do things that would not have happened otherwise, had I not been present to question those boundaries. That’s why I’m focused on Open Humans. What we’re doing, nobody else is doing.

What is Open Humans?

Open Humans is a combination of a community and a platform. We have over 8000 members, and people in the community are creating accounts to access and control their own data. They can keep their data private for their own use in their own self-research projects, and they can also, if they want, contribute it to group research projects, which we call “group activities.”

I know you see self-research as a promising alternative approach to giving us meaningful discoveries about ourselves, without waiting for the results of clinical research trials. But if self-research is so powerful, why isn’t everybody doing it?

We’re missing communication structures that allow people to collaborate. That goes beyond posting a question on Twitter or Reddit. We need something more synergistic that connects people to what is already out there and builds on the methods and approaches of somebody else’s self-research project. The potential synergy I see comes from the relationship between the tools and the community. The presence of tools invites people to do something they might not otherwise have done, and the presence of the people doing things enables the development of the tools.

The website has tools, like API’s and data uploaders, to access and manage your data. You can use the tools to add your data into your account, and you can use them to receive data, if you join a group activity that produces data about you.

What kinds of data upload and API tools do you offer?

Anybody can add tools; it’s not just what we develop. We’ve designed the platform in this way so that we ourselves aren’t the bottleneck in determining what kind of data can be added by members. Anybody can add a new tool for a new type of data.

Open Humans is acting as a data holder, but we aren’t going to share data or use it without somebody’s opt-in choice. We provide the technical infrastructure for people who want to organize a group activity to invite people to participate and share their data.

Okay, that’s interesting because I habitually think about Open Humans as a data commons for research studies, but that’s not correct.

It’s wrong in two different ways! First, starting several years ago, our interest began shifting from mainly academic studies toward supporting individual self-research and community research projects. That’s why we call the collective projects on Open Humans “group activities” now instead of “research studies.” Second, it’s not a data commons in the standard sense. The standard concept of commons comes from people thinking about problems like water resources or fisheries: unless these are managed in some way overuse can destroy the resource for everybody. But data is different, because it is not rivalrous. If I use the data, the data is still there to be used by another person. With data, the common resource lies in people’s attention and ability to engage, give permission for use, and ask questions. Yes, we have stewardship over storing the data and the responsibility to make sure it is kept securely and shared only with permission. By taking on that responsibility we simplify things for people who might want to run a group activity. But the common resource we manage is the community of people who ask questions, share knowledge, and create tools.

You describe Open Humans as a community. What bonds this community together?

We have two kinds of stakeholders that overlap: The data donors who want to donate their data to do something good with it; and, the Quantified Selfers who want to get their data and explore it themselves. Those are two broad areas of interest, what brings them together is a shared interest in getting value out of their data, either altruistic value or learning value.

How is Open Humans a resource for the QS Community? What are you inviting us to use or to do?

To get value from your data, you need more than just the data. So while our platform infrastructure was built around enabling data access workflows, it’s really more than that. We want to support people doing self-research more broadly. We’ve just started a new activity, called the Steven Keating Memorial Self-Research Project, in honor of one of our board members who died last year from brain cancer after spending many years supporting others and inspiring people with his own self-research. The essence of the Keating Memorial project is that if you have started a self-research project and have gotten stuck, this group may be able to help you. Or, if you are already great at self-research and think you can help other people, we would love to see you join. You  may have the ability to help somebody with just a sentence or two. That’s so powerful in terms of helping others. Come join our experiment in bringing people together for mutual assistance in self-research.

You can learn more about Open Humans and the Steven Keating Memorial Self-Research Project here: forums.openhumans.org.