Is there a data-driven personality? 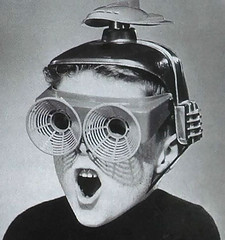 Let’s admit it. People who do stuff are more interesting than those who don’t. Naturally we’re biased as Self-Quantifiers, but don’t you love running into folks at gatherings who have surprises and results to share about themselves, gained from experimentation and tasty data? It’s stimulating to hear about an insight (“I eat less when I’m happy”), a problem they’re getting a handle on (“I’m seeing if exercise helps my mood”), or a delightful surprise (“I’ll be darned – I’m smarter when I eat butter.”)

A meta question I’m curious about is whether we can quantify the self-quantifier. That is, can we find a personality type that’s common to all of us who experiment on ourselves? Let’s play with it by looking at a few possible attributes.

What do you think? Is it possible to define useful characteristics that capture the data-driven personality? Do any describe you? Which ones would you add or remove?

[image from x-ray delta one]