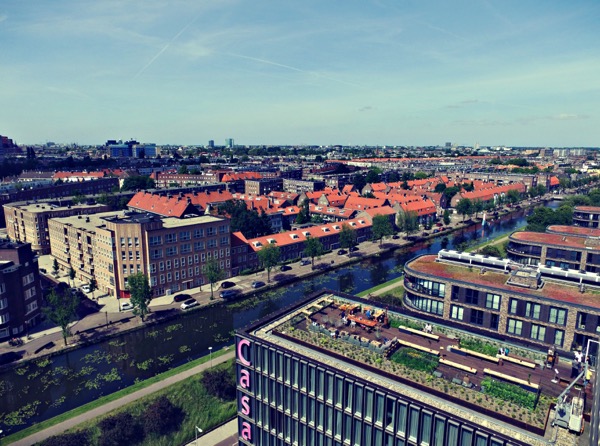 Today we’re publishing the program for QS17: The Quantified Self Conference, which will be held this year at Casa 400 in Amsterdam on June 17 and 18. Looking over the 60+ sessions, I’m struck again by how different our meetings are. We do some things that are contrary to common sense, and we keep doing them because they work so well.  I don’t want to take away from the excitement of publishing our program, which includes an almost unfair number of deeply original projects. But I figure that the list mainly speaks for itself, so I can use this announcement as a way to highlight some of what we’ve learned about doing meetings differently.

Here are five rules we follow when making our program.

1. No paid speakers. All the talks come from registrants who share they work they’ve been doing over the past year.

2. Don’t rely (only) on serendipity. Not everybody who has something important to present has the combination of self-confidence and extroversion that makes it easy for a person to self-recommend. We ask our registrants to tell us something about their work, and then we actively follow up, reading their posts and looking at their project URLs to identify who might contribute, then contacting them and encouraging them to present.

3. One person at a time. We’ve learned to avoid panels, which tend to be poorly prepared, disjointed, and lacking in authentic back-and-forth. Instead, we ask people to present their own projects, then moderate a short discussion with the audience. That way everybody has an incentive to think in advance about what they want to say, and anybody can jump in with a word during the Q&A.

4. Help with the hard stuff. Being clear and interesting in a talk to a large group is not easy, so we make ourselves available to help with preparation before the meeting, whether that involves listening to practice talks or editing slides.

5. Hour long sessions, half hour breaks. A talk will only be as good as its audience. Tired, hungry, restless people cannot respond. So when you see our program, know that this is just the part we can easily make explicit; the rest is the useful absence of program, with coffee, bikes, and the streets of Amsterdam. Sixty minutes in chairs, then 30 minutes up.

The program this year is fantastic, with talks ranging from a 9 year-old’s self-collected data on the impact of cancelled recess on his activity to a story about microdosing psilocybin and its effect on social interaction. There is no way to sum it up in a blog post, so I encourage you to look for yourself.

In 2010 Ian Li, Anind Dey, and Jodi Forlizzi published a prescient paper called "A Stage-Based Model of Personal Informatics Systems" based on interviews in the Quantified Self community. It was a prescient description of an emerging practice.