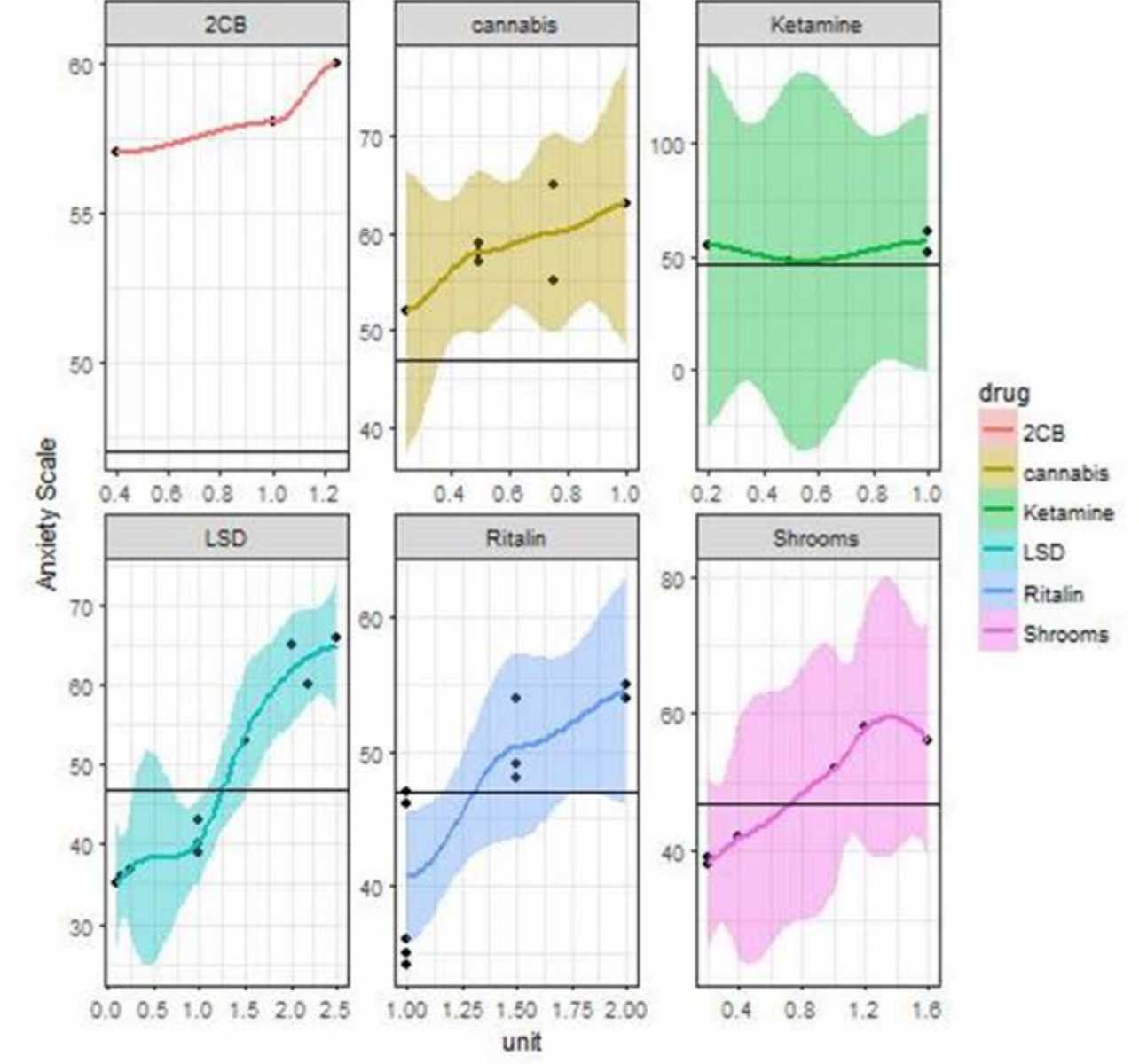 Empirical exploration of the effects of psychedelic drugs predates the origin of experimental psychology. These effects continued to interest researchers through the first half of the twentieth century. Such research almost completely ended in the 1960’s and only partially revived in near the century’s end. Today, research on these drugs is resurgent. Whereas almost all of the earlier literature was based on the potential for this drugs to produce extreme experiences, a new branch of research focuses on very small doses. Microdosing aims to produce effects that are barely noticeable to consciousness, or even beneath the limits of immediate awareness.

The image at the top, from the talk by Ahnjili ZhuParris, shows the relation between dosage and anxiety. The drugs 2C-B, cannabis, and ketamine consistently increased her anxiety no matter what the dose. But the drugs LSD, Ritalin, and psilocybin had a dose-dependent effect on anxiety. At smaller doses, her anxiety was reduced, but at larger doses her anxiety was amplified.

The image below, from the talk by Janet Chang, summarizes her experience of microdosing psilocybin of mood, productivity, and anxiety across four different phases of her tests. She found that when taken psilocybin mushrooms the relationship between mood, anxiety, and productivity could be quite different at doses that differed by as little as as a few tenths of a gram.

Full materials about both these interesting talks are available in the QS Show&Tell archive. You will find the videos of the talks (unfortunately without the Q&A), as well as slides and transcripts.