Our friend Sky Christopherson first spoke at a Bay Area QS meetup in 2012, when he unveiled an interesting discovery about sports performance, deep sleep, and room temperature, made while he was training for a cycling competition in which he set a new world record.

Sky’s experience led him on a new journey of helping other athletes use self-tracking and personal data to obtain their best performances, culminating in a surprise silver medal for the 2012 women’s olympic track cycling team, on which he served as a training advisor. In March of this year, Sky and his wife Tamara gave another QS talk in which they told the wonderful story of how the 2012 Olympic team rode to their medal, a journey captured in the documentary, Personal Gold. 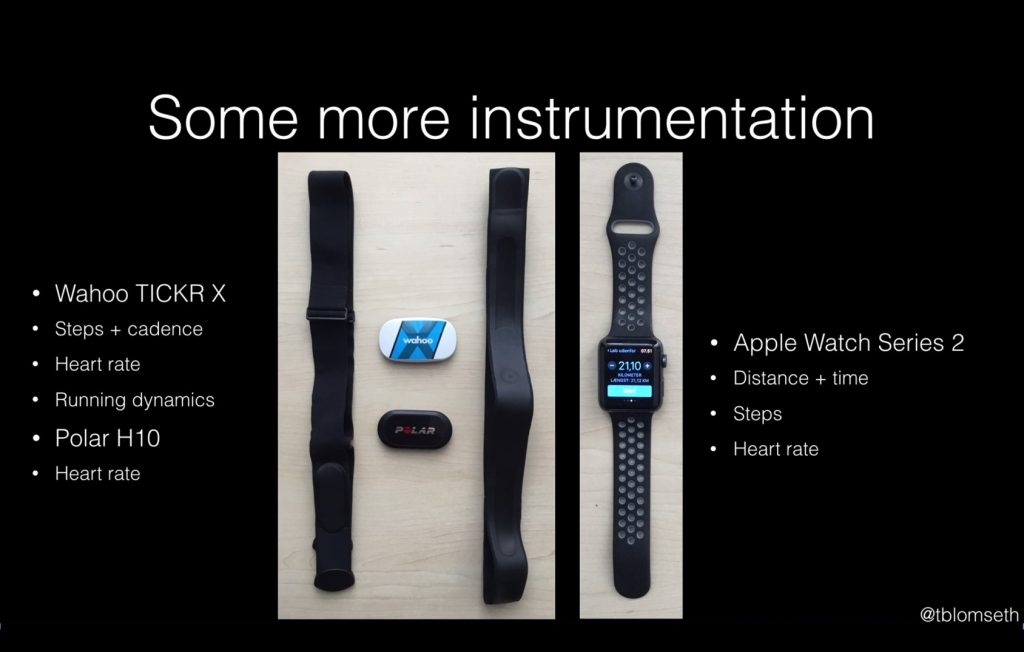 After hitting the wall midway through a marathon, Thomas Blomseth Christiansen turned to instrumentation. Along with coding his own negative split plan generator, his project evolved to include an olympic swimming coach, many new devices, a metronome – and ultimately mastery of the art of pacing.