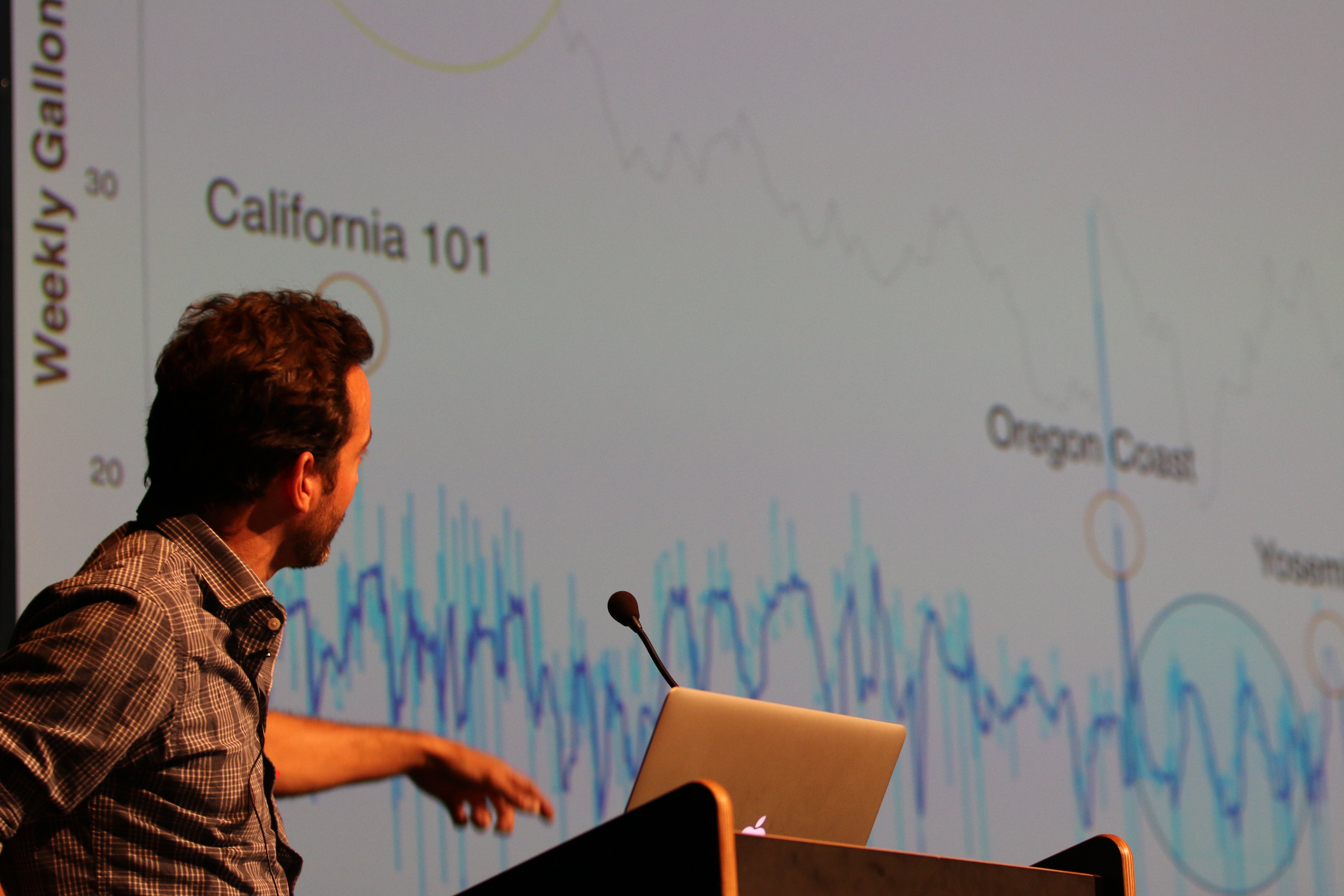 The Quantified Self community organized itself around one key activity: sharing first person reports about our own discoveries using our own data. The simplicity of this practice gave the community just the right amount of clarity and common identity to survive through cycles of growing, shrinking, and changing. It’s origin was a lucky accident: at the very first meeting, when we were introducing ourselves, one of the participants, Ka-Ping Yee, started off by showing a data visualization based on his calendar diary. This was a good way to start, and others at that first meeting, including the late Seth Roberts, showed their own examples.

Later, as our meetings started to become overtaken by confident entrepreneurs promoting their self-tracking and behavior change tools, I decided to limit talks to what had originally been so interesting. That is: what people were learning about themselves using their own tools and methods. Eleven years later, with thousands of self-tracking projects having been presented in hundreds of meetups in dozens of countries, the QS Show&Tell has developed its well known “one person/three questions” structure. QS Show&Tell talks always describe: “What did I do? How did I do it? What did I learn?”

My colleague Thomas Blomseth Christian has talked about “the unreasonable effectiveness of the QS Show&Tell.” This is, in one sense, a joke. The reference is to a famous essay by physicist Eugene Wigner, in which Wigner asks why mathematical concepts turn out to apply unexpectedly to physical phenomena. The rigor and precision of Wigner’s scientific practice is a world away from the everyday science of the Quantified Self. A casual first person talk about “what I learned” bears no resemblance whatsoever to a mathematical proof. And yet, within the joke is a valid analogy. We know about the effectiveness of mathematics only from experience; there is no proof from within mathematics that determines its applicability. As Wigner says:

We are in a position similar to that of a man who was provided with a bunch of keys and who, having to open several doors in succession, always hit on the right key on the first or second trial. He became skeptical concerning the uniqueness of the coordination between keys and doors.

In our case, the minimalist formalities of the QS Show&Tell seem to be (and were intended to be) merely convenient guard rails to keep us on topic in our meetings. They have no essential or logical connection to the actual practice of everyday science, which involves asking our own questions of our own data. And yet, again and again, with a predictability approaching universality, we hear that the most valuable insights in a self-tracking project came at the stage of preparing or delivering the QS Show&Tell. Somehow the act of saying what you did and what you learned operates retrospectively on the learning to crystalize or consolidate it. The Show&Tell isn’t just a report of learning, it’s also an instrument of learning, as important as the sensor, the notebook, and the spreadsheet.

I think I can explain our mystery more easily than than the physicists can. A self-tracking project is inherently, if sometimes invisibly, relational. When you collect observations for analysis in the future, or gather data about your own past, you are trying to get another perspective on yourself, one that isn’t available from unaided thinking. Making a QS Show&Tell is an activity of reflection. The work required to say what you’ve learned, from articulating what you wanted to track, to labeling an axis on a graph, to answering questions from a confused listener, completes the discovery.

In our current work to scale access to everyday science, we’re experimenting with ways to take the QS Show&Tell format beyond in person meetings, allowing people to share their visualizations and first person reports both online and in smaller collaborations and participant led research projects. If you have a self-tracking project you’ve been wanting to start, I encourage you to be in touch and to create a project log in the QS Forum. You’ll find us ready to help.

The Quantified Self community organized itself around one key activity: sharing first person reports about our own discoveries using our own data. The simplicity of this practice gave the community just the right amount of clarity and common identity to survive through cycles of growing, shrinking, and changing. It’s origin was a lucky accident: at...